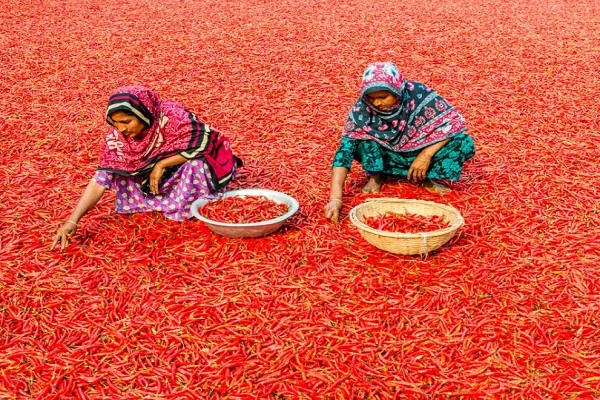 India’s chilli production is expected to rebound by 23 percent this season (October 2022-September 2023).

There is no threat to the Indian chilli crop from the black thrips, which affected the plants badly dragging yield and production lower. As a result, chilli production dropped to 12 million tonnes (mt).

With the farmers’ outlook changing, the yield is expected to be 1-1.5 tonnes an acre higher in chilli. This will likely result in production increasing to 16 mt.

The crop in most parts of the country such as Telangana, Karnataka and Andhra Pradesh is good but it has been affected in Madhya Pradesh due to heavy rains and resultant pest attacks.

In view of the lower production last season, chilli exports declined 25 per cent in the first half of the current fiscal. The report, presented by AB Mauri India Pvt Ltd, said stocks in cold storage’s are 90 per cent lower this year.

The chilli dried long red stemless prices were recorded at $2,79 per kg FOB.